The Director General of the National Office for Sanitary Safety of Food Products (ONSSA), Mr. Ahmed Bentouhami chaired, on December 18, 2014 in Mohammedia, together with the President of COMADER, Mr. Ouayach Ahmed, Mrs. Elhata Malika of FAO (Morocco), Ms. Jalal Samira of WHO (Morocco) and Mr. Taibi Abderrahim, Director of IMANOR, the opening of the national day on the Codex Alimentarius organized under the theme “Importance of food standards Codex Alimentarius in trade in foodstuffs”.
In his opening speech, the DG of ONSSA, spoke about the stakes of codex standards in the trade of foodstuffs, stressing that this national day falls within the framework of the requirements induced by international agreements and agreements that bind Morocco to its trading partners. He also specified that the main concern of the Codex Alimentarius is to guarantee to the international community, through the elaboration of standards, healthy and wholesome food, and this throughout the food chain.
After recalling the missions of CODEX and the importance of its work, he noted that Morocco created in 1997 its National Codex Alimentarius Committee (CCA) which brings together all the national components concerned with the quality of food products and which constitutes the national entity for coordinating the work of the Codex Alimentarius. As, he specified that the fundamental mission of this Committee is to advise the government on the implications of the various problems of standardization and food safety which are raised during the work of the Codex Alimentarius Commission, which has enabled Morocco to follow very closely the different stages of defining codex standards, so that the legitimate interests of the Kingdom are defended and taken into account in the process of setting certain global or regional standards.
Several participants also took part in this event, representing economic operators, ministerial departments and professional federations and associations concerned by this theme. 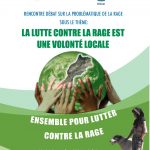 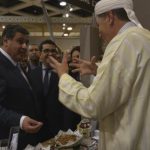