Inauguration of the Laayoune Regional Analysis and Research Laboratory

The Minister of Agriculture and Maritime Fisheries, Aziz Akhanouch, the Minister of the Interior Mohamed Hassad and the Minister Delegate to the Minister of the Interior M Charki Drais, the Wali of the region of Laayoune Boujdour Saki El Hamra, the president of the region of Laayoune Boujdour Sakia El Hamra accompanied by a large delegation of authorities, elected officials and officials proceeded in the presence of the director general of ONSSA to the inauguration of the new regional laboratory for analysis and research of the National Food Safety Office (ONSSA) in Laayoune.

Mobilizing investments of 31 million dirhams, including 2 million for studies financed by the southern agency and 29 million dirhams for construction and equipment works financed by ONSSA; the laboratory is intended to strengthen the analytical capacities of the network of ONSSA laboratories in the southern provinces. It covers the area of action of the regional directorate of ONSSA for the regions of Laayoune Boujdour Sakia El Hamra, Guelmim Es Semara and Oued Ed-Dahab Lagouira.

The laboratory will have to contribute to development programs for the camel sector upstream through the diagnosis of animal diseases and health investigations and downstream through support for product development projects. It will also have to meet the expectations of professionals in the fishing industry in the region (126 establishments) and agro-industry..

Located in the town of El Marsa, the laboratory is built on an area of 12,000 m², 1,800 m² of which is covered, and houses a section of food microbiology, animal health, toxicology chemistry and an administrative block. 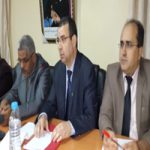 Identification of camels in the Southern Provinces: consultation meetings 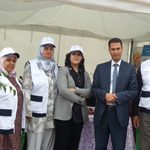