Moroccan-Portuguese cooperation: Visit of the Portuguese Secretary of State for Food and Agrifood Research 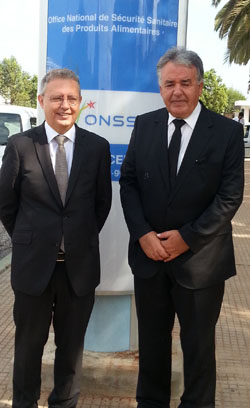 The Portuguese Secretary of State for Food and Agrifood Research, Mr. Nuno Vieira e Brito, visited ONSSA on September 29, 2014, as part of an official trip by the Portuguese Minister to Morocco from September 29 to October 2, 2014 to strengthen bilateral cooperation and economic partnership between the two countries.
LDuring this meeting, Mr. Nuno Vieira e Brito learned about the attributions of the Office and the efforts made by Morocco to establish a national system of sanitary control of food products recognized by international bodies.

Both parties also highlighted future collaboration opportunities; in this regard, Mr. Ahmed Bentouhami, Director General of ONSSA, reiterated his readiness to cooperate with the competent Portuguese authorities to enhance their partnership and consolidate their sanitary and phytosanitary cooperation. 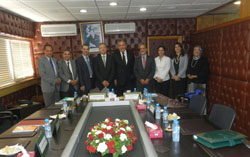 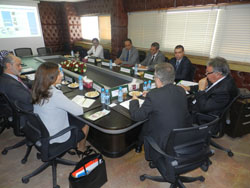 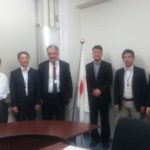 The CEO of ONSSA talks with his Japanese counterpart