Visit of an African delegation 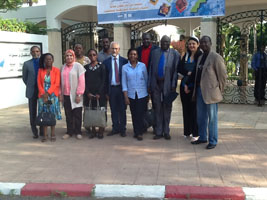 ONSSA hosted from June 23 to 27, 2014, a group of participants within the framework of the TCP/SFC/3402 project “Capacity building of the Codex Coordinating Committee for Africa (CCAFRICA) and Codex structures” organized by the FAO for the benefit of 3 selected countries, Cameroon, Gabon and the Central African Republic. The 09 participants from these three countries learned about the organization and missions of the central and regional services of ONSSA, the functioning of the Codex Coordination bodies and also met some members of the National Codex Committee namely LOARC, EACCE, IMANOR and DELM which participate in Codex work. As they have in the end made two visits to agri-food units.

Awareness meeting on sanitary requirements for the benefit of caterers 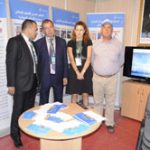