ONSSA signed, on Wednesday May 14, 2014 in Rabat, a partnership agreement with the Moroccan Association for the Promotion of Healthy Lifestyles and the Fight against Obesity (AvieSaine). The purpose of this agreement is to:
– Involve AVieSaine in all actions aimed at promoting a healthy lifestyle and the fight against overweight and obesity (strategic level and operational level);
-Invite AVieSaine to meetings of the National Codex Committee and its subsidiary bodies, the subject of which falls within the competence of AVieSaine;
– Support the actions programmed by AVieSaine and which fall within the scope of ONSSA;
-Allow AVieSaine access to information available in ONSSA structures (central, regional and provincial), which may concern it.
This action falls within the framework of the orientations of the national strategy of ONSSA in favor of partnership with Non-Governmental Organizations. 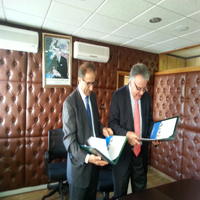 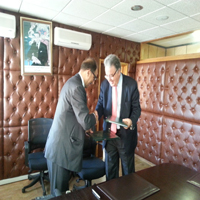