Mr. BENTOUHAMI DECORATED WITH THE INSIGNIA OF OFFICER IN THE ORDER OF AGRICULTURAL MERIT 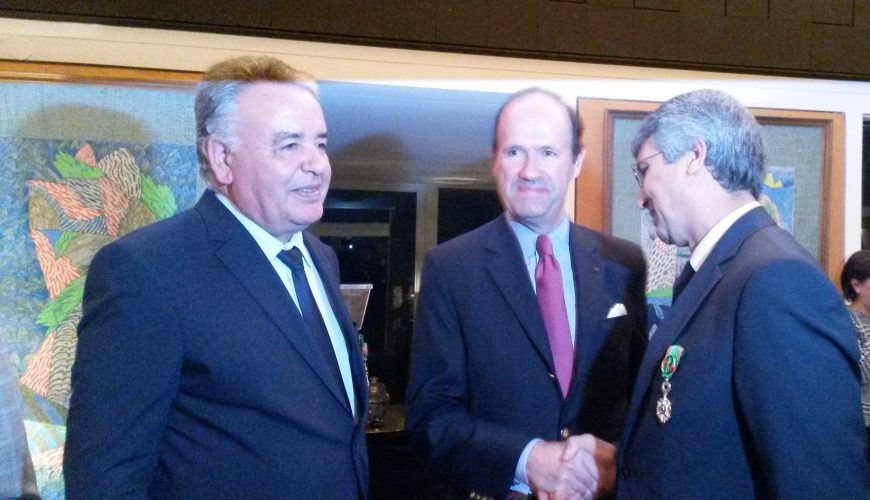 The Ambassador of France to Morocco, Mr. Jean-François GIRAULT presented Monday, November 21, 2015 at the Residence of France, the medal of Officer of the National Order of Agricultural Merit to Mr. Ahmed BENTOUHAMI, Director General of the National Food Safety Office (ONSSA).
In his speech delivered on this occasion, Mr. Bentouhami expressed his pride in receiving this distinction which honors him and took stock of the cooperation between Morocco and France in the agricultural, food-processing, sanitary and phytosanitary fields, considered very positive and which experienced a turning point with the signing of two partnership agreements with the French Ministry of Agriculture, in 2013 and 2014.
Mr. Bentouhami also pointed out that the cooperation between the two countries is not limited to the agricultural field and that the ties that unite the two countries are broader, based on common values ​​of tolerance, democracy and cultural diversity. 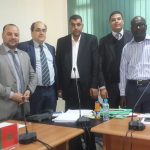 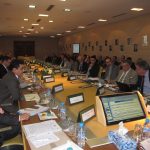