ONSSA holds the 5th meeting of the Advisory Committee

ONSSA held, on Monday, April 10, 2017 under the chairmanship of Mr. Ahmed Ouayach, President of COMADER, the 5th meeting of the advisory committee created within ONSSA by virtue of resolution no. Administration of the Office held on October 2, 2012 and extended to all ONSSA missions by resolution No. 12 of the ONSSA Board of Directors held on December 12, 2013.

This committee was created pursuant to Article 7 of Law No. 25-08 establishing ONSSA, whose internal regulations determining its composition and operating procedures were approved by the Board of Directors of ONSSA. ‘ONSSA held on July 23, 2014.

• To study and give an advisory opinion on questions or subjects of a technical or legal nature falling within the remit of ONSSA, which are submitted to it by the administration, professionals, industrialists and consumer associations;
• Give an advisory opinion on draft regulatory texts initiated by ONSSA, when it is seized;
• To propose all actions aimed at improving and/or setting up programs relating to the safety of food products. 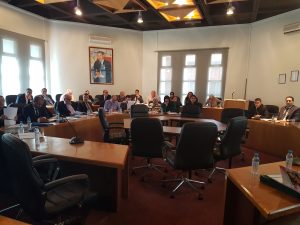 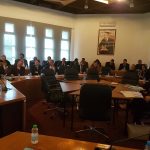