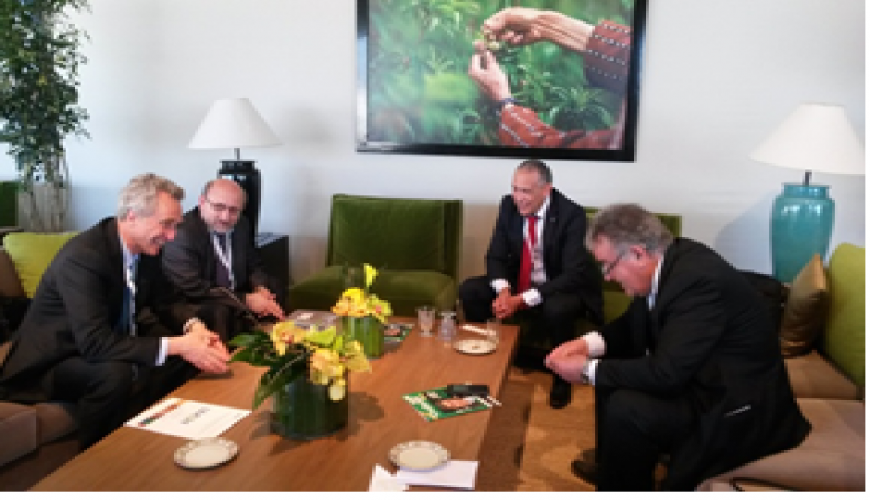 Under the patronage of His Majesty King Mohammed 6, the International Agricultural Show in Morocco opened its doors in Meknes from April 28 to May 3, 2015. This tenth edition was inaugurated by His Royal Highness Crown Prince Moulay El Hassan.

The leading fair in the sector in Africa, an unmissable event for all structures, professionals and people working in the agriculture and agri-food sector, the fair was a great success this year and a large influx of the public. national and international.

Organized around the theme: “Agriculture and the food system”, the 2015 edition of SIAM saw the participation of around 1,200 exhibitors, 54 countries represented and the organization of 30 scientific conferences. The overall area is 172,000 m2. The exhibition area is 90,000 m2.

As every year, the National Office for the Sanitary Safety of Food Products (ONSSA) took part in this major international event through its presence at the level of the poles set up by the Ministry of Agriculture and Maritime Fisheries, in particular the animal, plant, recovery and standards and qualities poles and through its participation in the various activities organized on the sidelines of the show.

The institutional centers were honored by the visit of His Royal Highness Crown Prince Moulay El Hassan who closely followed the explanations of Mr Ahmed BENTOUHAMI, Director General of ONSSA, in the various pavilions of the show.

As part of its participation in scientific conferences, ONSSA presented three presentations on the following topics:

– Health safety of food products and nutrition, presented by Mrs Amina ELHAJJAB, Head of Division for the Control of Plant Products and Plant Origin

-Analytical offer from the Ministry of Agriculture and Maritime Fisheries, presented by Mrs. Fouzia BELACHGAR, head of the laboratory coordination service.

Its conferences have seen the participation of great personalities, diplomats, experts and researchers from various backgrounds. In order to put Moroccan agriculture at the center of the global agricultural movement, around twenty conferences and symposiums on themes relating to “health safety, quality and cost of food systems” were discussed and debated.

In order to make known its missions, its objectives, its field of intervention as well as the nature of the work carried out by its agents (women and men) responsible for the sanitary control of food products, the preservation of animal health and the plant health, ONSSA has made various communication tools available to the public: posters, documents, leaflets and a film screening on (SNIT).

Various technical equipment used by ONSSA agents during their interventions in the field and at the level of analysis and research laboratories under the Office were also exposed to visitors.

Demonstration sessions of the National Animal Identification and Traceability System (SNIT) were also carried out for the benefit of visitors to better understand the use of this new technology.

On the sidelines of SIAM, Mr. Ahmed BENTOUHAMI, Director General of ONSSA had a meeting with a delegation of Catalan businessmen, chaired by the Secretary of Enterprise and Competitiveness of the Ministry of Enterprise and of Employment of the Catalan Government.

This meeting, organized by the Catalan Government Agency for Business Competitiveness, is under the aegis of a European Union program ‘Euromed Invest’ which aims to develop private investment and economic relations in the Euro-Mediterranean area.

In addition, Mr. BENTOUHAMI received the Managing Director of a German company, leader in the field of animal identification (microchips and electronic tags, etc.). 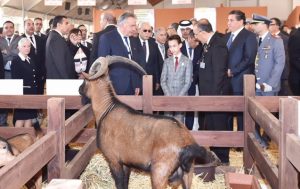 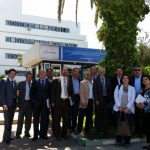 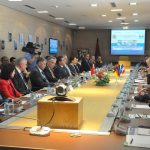