The National Food Safety Office (ONSSA) took part in the 3rd National Day of Captaincies organized on May 22, 2014 in Tangier by the Association of the Corps of Port Officers under the theme “Problem of goods in distress in Moroccan ports”.
During this meeting, the Director of Control and Quality of Tangier at ONSSA, after presenting the Office (missions, prerogatives and organization) gave an overview of the different types of import control carried out by ONSSA services. On the other hand, he proposed solutions for the treatment of overdue goods, in particular those perishable returned or not admitted for import following the recommendations of the operators while respecting the regulations in force.
The debates and discussion that followed the various presentations show the interest shown by the audience in the subjects dealt with and in the problem of overdue goods at the port level. 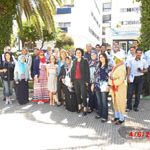 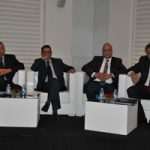