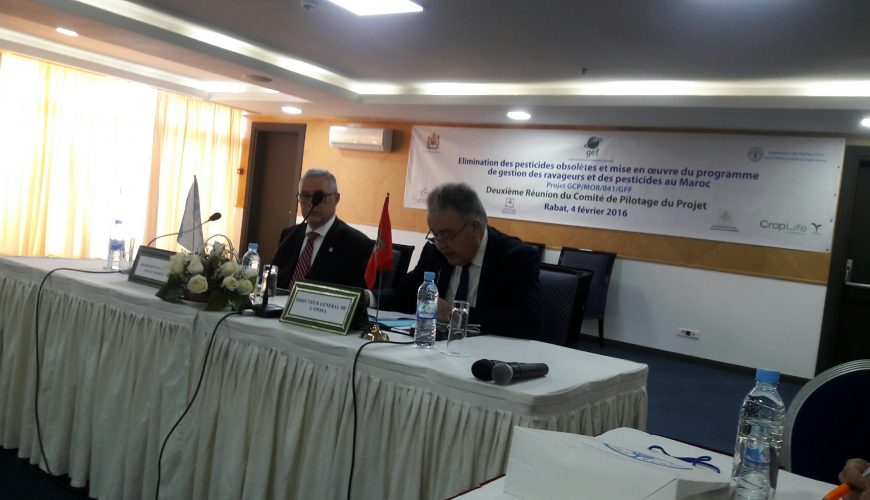 The National Office for Sanitary Safety of Food Products (ONSSA) and the Food and Agriculture Organization of the United Nations (FAO) organized, on Thursday, February 04, 2016 in Rabat, the 2nd Meeting of the Steering Committee of the Project GCP/MOR/041/GFF “Elimination of obsolete pesticides and implementation of the integrated pest and pesticide management program in Morocco”, under the chairmanship of Mr. Ahmed BENTOUHAMI, Director General of ONSSA and Mr. Michael George Hage, FAO Representative in Morocco. This meeting, which was attended by national partners, professional organizations, and “CropLife International”, was devoted to the presentation of the progress of the project since its launch in March 2015 and to the validation of the plan. work and budget for the year 2016. Thus, in terms of achievements for the year 2015, the main actions carried out were presented (signing of two agreements between FAO and ONSSA and between “Croplife International » and ONSSA; situation of the inventory of obsolete pesticides, etc.).
Regarding the work plan for 2016, the main orientations will concern, among other things, the validation of the database of inventoried obsolete pesticides, the launch of the international call for tenders for the elimination of stocks of obsolete pesticides , the launch of a pilot program for the management of empty pesticide containers in the Souss Massa region and the drafting of revised legislative and regulatory texts governing the registration of pesticides in Morocco. 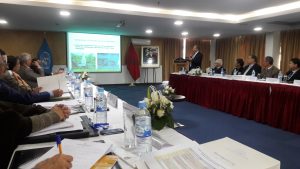 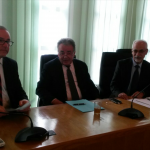 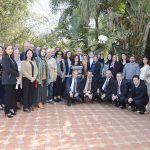