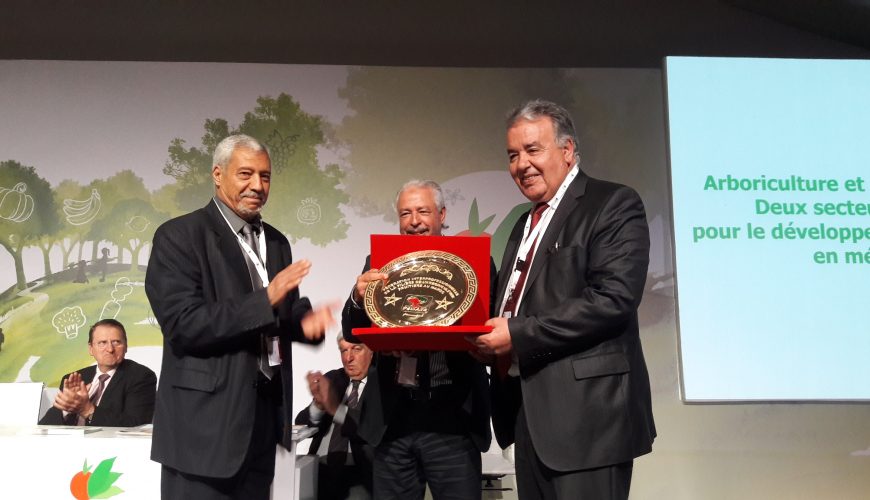 Under the High Patronage of His Majesty King Mohammed VI, the 11th edition of the International Agricultural Show (SIAM), inaugurated by His Royal Highness Crown Prince Moulay El Hassan, was held from April 26 to May 01, 2016 in Meknes.
Under the theme: “Resilient and sustainable agriculture, this edition which saw the participation of 64 countries, was marked by the organization of 32 conferences, workshops and forums, including the ministerial conference on “The adaptation of African agriculture climate change”, preparatory conference for COP22, which was attended by 15 European and African ministers, as well as representatives of international organisations. SIAM 2016 was also marked by the signing of 18 partnership agreements.
As every year, ONSSA took part in this major international event through its presence at the level of 5 poles of the institutional pavilion, set up by the Ministry of Agriculture and Maritime Fisheries: “Pôle Animal”, “Pôle Vegetal”, “Valorisation Pole” “Sales Pole” and “Standards and Qualities Pole”. In these various poles, panels presenting the activities of the Office as well as display cases exposing control and laboratory equipment, were exposed to the public; various documents (leaflets, brochures, etc.) were also available to visitors. A team of ONSSA inspectors, from different regions, ensured the permanent animation of these poles.

On the sidelines of the Fair, ONSSA signed two agreements, in the presence of the Secretary General of the Department of Agriculture:
– a specific partnership agreement between ONSSA, IAV Hassan II, and BIOPHARMA, for the consolidation of cooperation relations in scientific fields and for the strengthening of diagnosis, research and expertise in health animal;
– a partnership agreement with the Moroccan Consumer Forum, which aims to establish a cooperation framework for consumer protection and the creation of coordination and synergy for a complementarity of strategies.

In addition, several cooperation meetings have taken place; Mr. Ahmed Bentouhami, Director General, received a delegation of 10 senior Congolese officials visiting Morocco as part of a project financed by UNIDO, as well as a delegation of Portuguese businessmen operating in the field of seeds and seedlings. At the level of the animal division, the Director of Veterinary Services received Her Excellency the Ambassador of Ireland in Morocco, for a follow-up of the veterinary certificates under negotiation between Morocco and Ireland.

ONSSA also actively participated in the scientific program. Present alongside the Minister of Agriculture and Maritime Fisheries, at the signing of a membership charter for the Hlib Bladi program (five-year project to support 10,000 breeders, initiated by the Groupe Centrale Danone), Mr. Bentouhami congratulated the group for this initiative which came at the right time after the signing on the same day, in the presence of the Minister, of the “Quality Charter of collected milk” by the companies and cooperatives members of the Moroccan Interprofessional Federation. milk (FIMALAIT).

This edition was also marked by the tribute paid by the Federation for the Development of Arboriculture in Morocco (FEDAM) to Mr. Ahmed Bentouhami, for his services rendered to the arboriculture sector. 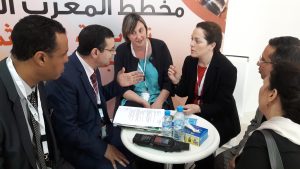 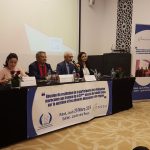 Codex Alimentarius: ONSSA and AMNI are organizing a meeting on nutrition and dietary or diet foods 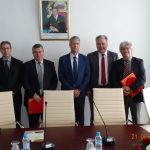