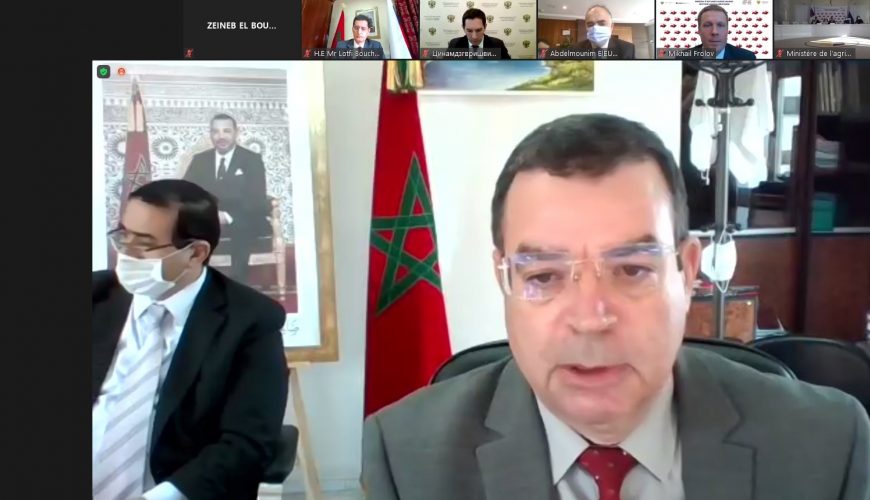 As part of the Maroco-Russian cooperation, the ONSSA, participated, on October 15, 2020, by videoconference, in the business mission of Russian exporters of agricultural products to Morocco.  The official opening of the forum was chaired by Mr. Mohammed Sadiki , Secretary General of the Department of Agriculture and Mr. Sergei Levine, Russian Deputy Minister of Agriculture.  The Forum was also attended by His Excellency. Mr. Ambassador of the Kingdom of Morocco to Russia,

ONSSA’s intervention focused on the sanitary and phytosanitary measures undertaken to facilitate trade with Russia as well as the successful partnership with its counterpart, Russian Federal Service for Veterinary and Phytosanitary Surveillance. 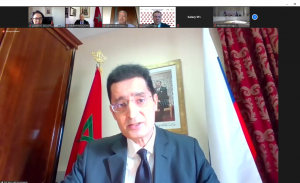 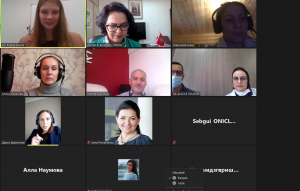 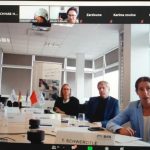 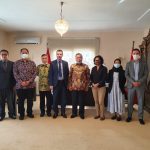