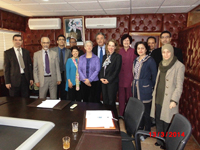 An American delegation from the USDA (United State Department of Agriculture) visited ONSSA from March 11 to 13, 2014 to take stock of veterinary and phytosanitary cooperation between the two countries.
The US delegation was made up of officials from APHIS (Animal and Plant Health Inspection Services) in Washington and the APHIS Representation in Cairo, Egypt. During this meeting, officials from ONSSA and APHIS continued negotiations on ongoing health certificates and took note of Moroccan priorities in terms of phytosanitary cooperation. 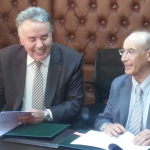