A delegation of five senior officials from the United Arab Emirates (UAE) visited ONSSA on May 9, 2013. The Emirati delegation, chaired by the Director General of the “Abu Dhabi Food Control Authority” is undertaking a working visit to Morocco from 08 to 13 May 2013 and will carry out field visits to the regions of Gharb, Haouz and Oriental.

The meeting held at ONSSA headquarters was attended by the Director General of the Autonomous Establishment for Control and Coordination of Exports (EACCE) and the Director General of the Agricultural Development Agency (ADA). During this meeting, the Emirati delegation learned about the responsibilities of ONSSA and EACCE and the export potential of Moroccan agricultural products, as well as the roles played by ONSSA and EACCE in support for private operators. It should be noted that this visit follows the visit of the MAPM delegation, chaired by Mr. Aziz Akhanouch, Minister of Agriculture and Maritime Fisheries, from April 9 to 11, 2013 in the UAE, in order to strengthen bilateral cooperation between the two countries.

Two draft sanitary, veterinary and phytosanitary agreements between Morocco and the UAE are under discussion between the competent authorities of the two countries. 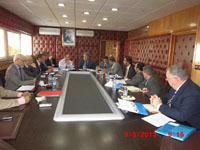 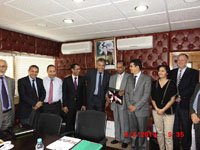